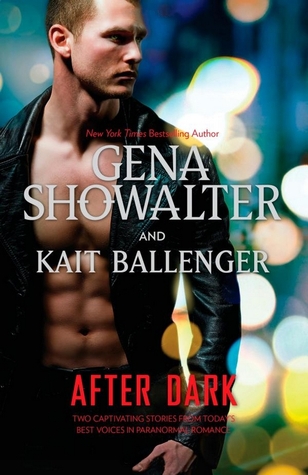 
(I am only reviewing Shadow Hunter from After Dark)
I read Gena Showalter’s The Darkest Angel back three years ago and loved it…and I was excited to read the debut novel of Kait Ballenger’s upcoming Execution Underground series.

Shadow Hunter is the debut novel of the series, and it gives you insight on what is to come in the series. Kait Ballenger does a superb job introducing Damon Brock, who happens to be a vampire hunter and has his work cut out of him in Rochester, New York. She lets you know what is going on ahead of time in Rochester and why Execution Underground has gotten a team there. Damon Brock blames himself for what happened to his partner when they tried to raid a vampire nest, but he finds something else that is worst than death to what happened to his partner / best friend. He ends up meeting Mark’s baby sister, who Damon used to write to always, but never met in person and now she is in too deep with the big name vampire in Rochester, and it is up to Damon to protect her. Tiffany Solow is not going to make it easy for him at all.

Kait Ballenger has a way of keeping a reader turning the pages to find out what happens next and she, of course, leaves a cliffhanger at the end. I loved Damon and Tiffany in this book. Kait even introduces just a smidgen of the other E.U. members that are to come. This is a book that must be read before you start the first full-length book that comes out later on. You will want to know about the dark and sexy Damon Brock ( I love his name ).

Kait Ballenger gives you not only vampires, but she also makes sure to let you know that other supernaturals are going to be in the series as well. Be prepared for some steamy sex scenes and action-packed adventures in this book. It may be short, but it opens up the series very well.

I recommend this book to PNR lovers out there everywhere. I give this book 4.5 moons, and I look forward to reading Twilight Hunter when it comes out.

I received a complimentary copy of the book from the author in exchange for an honest review. 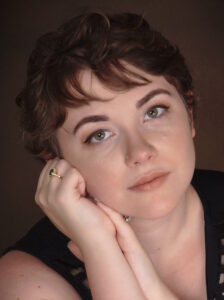