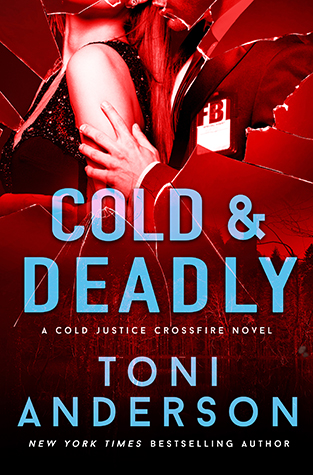 Hostage Negotiators can talk themselves out of anything—except falling in love.

FBI Supervisory Special Agent Dominic Sheridan is an accomplished expert in the Crisis Negotiation Unit. Practiced, professional, used to dealing with high-stake situations under tense conditions, Dominic is a master at manipulating people. Everyone, that is, but the headstrong rookie agent bent on destroying her fledgling career.

As a child, Ava Kanas put her life on the line when the mob executed her father. Now someone has killed her mentor, the man who inspired her to become an FBI agent—and she’s the only one who recognizes it was anything but a tragic accident.

When another agent is murdered and Dominic nearly dies, it becomes obvious a serial killer is targeting the FBI. Together Dominic and Ava search for clues in the investigation, all the while fighting a forbidden attraction that will complicate everything, especially when the predator sets their sights on Ava. 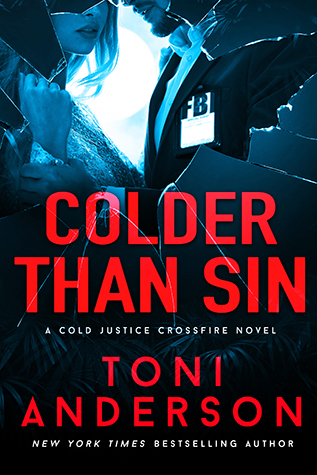 Hostage Negotiators can talk themselves out of anything—except falling in love.

Top FBI negotiator Quentin Savage is hurled into his worst nightmare when a terrorist attack on a luxury hotel propels him from esteemed keynote speaker to powerless captive.

Haley Cramer is co-owner of a private security firm and prides herself on her independence, but she is shaken to the core when gunmen attack a conference she is attending. She survives, but only because Quentin Savage pretends she’s his wife.

Together Savage and Haley plot their escape from a ragtag army of brutal but efficient thugs while struggling to figure out exactly who the enemy is. Why was the conference attacked, and why was Quentin a specific target?

Toni Anderson is a New York Times and USA Today bestselling author, RITA® nominee, science nerd, professional tourist, dog lover, gardener, mom. Originally from a small town in England, Toni studied Marine Biology at University of Liverpool (B.Sc.) and University of St. Andrews (Ph.D.) with the intention she’d never be far from the ocean. Well, that plan backfired and she ended up in the Canadian prairies with her biology professor husband, two kids, a rescue dog, and two laid-back leopard geckos. Toni started writing while pregnant with her first child and never stopped. Her greatest achievements are mastering the Tokyo subway, climbing Ben Lomond, snorkeling the Great Barrier Reef, and surviving fourteen Winnipeg winters (fingers crossed). She loves to travel for research purposes and was lucky enough to visit the Strategic Information and Operations Center inside FBI Headquarters in Washington, D.C. in 2016, and she also got to shove another car off the road during pursuit training at the Writer’s Police Academy in Wisconsin. Watch out world!
Toni’s books have hit #1 in Barnes & Noble’s Nook store, and the Top 10 on Amazon, Kobo, and iBooks. Her novels have won many awards. 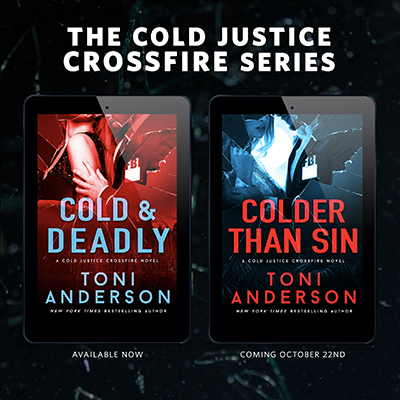