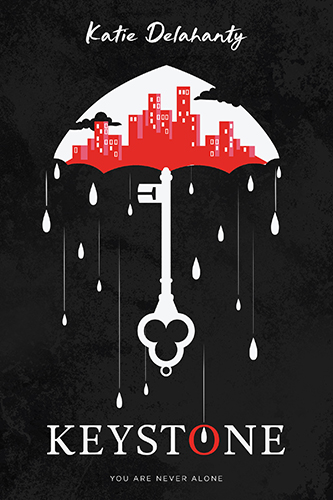 When Ella Karman debuts on the Social Stock Exchange, she finds out life as a high-profile “Influencer” isn’t what she expected. Everyone around her is consumed by their rankings, in creating the smoke and mirrors that make them the envy of the world.

But then Ella’s best friend betrays her, her rankings tank, and she loses—everything.

Leaving her old life behind, she joins Keystone, a secret school for thieves, where students are being trained to steal everything analog and original because something—or someone—is changing history to suit their needs.

Partnered with the annoyingly hot—and utterly impossible—Garrett Alexander, who has plenty of his own secrets, Ella is forced to return to the Influencer world, while unraveling a conspiracy that began decades ago.

One wrong move and she could lose everything—again. 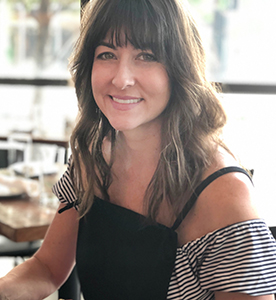 Katie lives in Los Angeles with her husband, pre-school-age twin daughters and toddler son. Growing up in Pittsburgh, she loved old movies and playing dress up, but never considered telling stories of her own. It wasn’t until she was asked to start a blog for the sleepwear company she worked for that she began to write. Not knowing what to say about lingerie, she decided to write a fictional serial about a girl who was chasing her dream of being a costume designer and fell in love with a rock star along the way. And that’s when Katie fell in love with storytelling. She’s been waking before dawn to write ever since.

Review: ‘Love and Other Words’ by Christina Lauren #romanceopoly