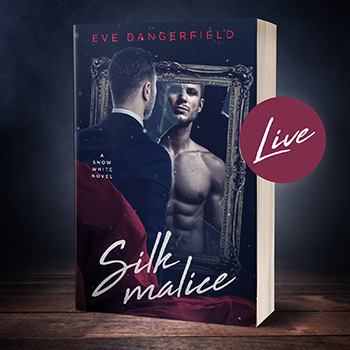 January 31, 2023
This book may be unsuitable for people under 18 years of age due to its use of sexual content, drug and alcohol use, and/or violence. 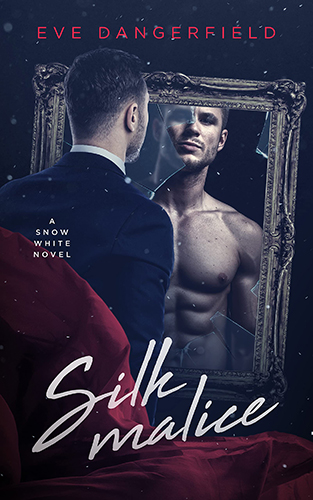 Book two in the SNOW WHITE trilogy. This is a scorching romance between a woman and four beautifully dangerous men in which she never has to choose.
Once upon a time I was left with nothing. Betrayed by my stepmother and stolen by my ex-fiancé. Now I’m battered but intact, just like my prized innocence.
My heart tells me I don’t want to belong to one man. I belong to four.
But the criminals I love are proud. Too proud.
Their brotherhood is in tatters.
They fight for me. And they possess me, even as the enemies close in. Even as the foundation of our twisted family crumbles. Even as the dark legacy threatens to consume us all.
WARNING: This book is intended for readers eighteen years old and over. It contains material that some readers could find disturbing. Enter at your own risk... 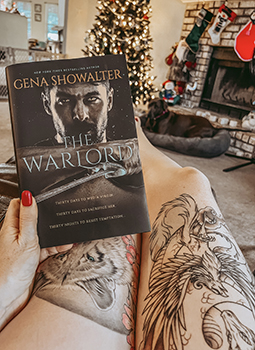 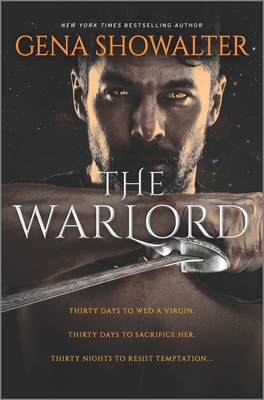 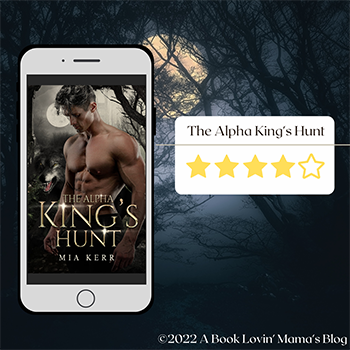 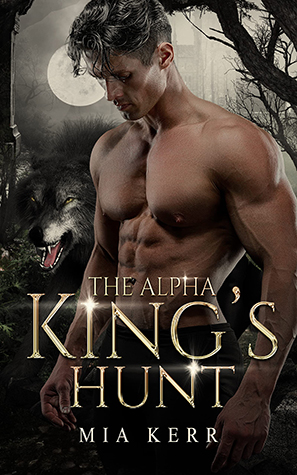 Sleeping with the King was far better than she thought.

On every blood moon, twelve princesses from all over the Kingdom, belonging to different packs, gather at Harmon’s Palace, home to the King of Alpha and where the Hunt takes place.

For thousands of years, the hunt had been marked as the game of Queens, where only one of the females gets selected to become the next Alpha Queen, but only after a long trial.

Valarie arrived at Harmon's Palace as Princess Sophia's lady but instead, she captured the attention of King Gabriel himself and vowed to have the prize all for herself after one accidental night, where she got the pleasure of her life.

Now, ranked lowest in the hierarchy, Valarie must decide where her loyalties lie. 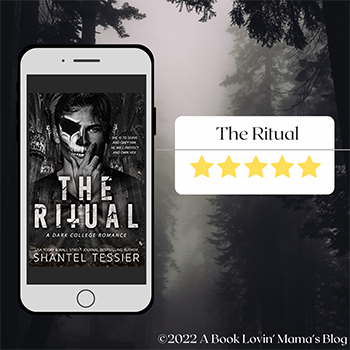 Review: ‘The Ritual’ by Shantel Tessier

November 26, 2022
This book may be unsuitable for people under 18 years of age due to its use of sexual content, drug and alcohol use, and/or violence. 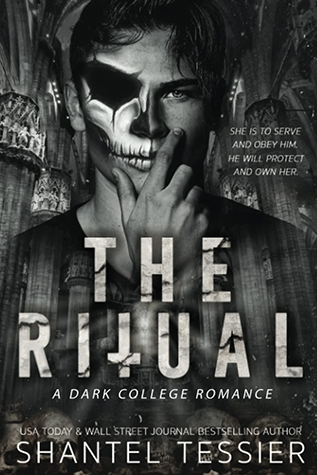 An all-new dark standalone romance from the USA Today & Wall Street Journal bestselling author, Shantel Tessier
THE CHOSEN ONE
I vow. You vow. We vow.
Barrington University is home of the Lords, a secret society that requires their blood in payment. They are above all—the most powerful men in the world. They devote their lives to violence in exchange for power. And during their senior year, they are offered a chosen one.
People think growing up with money is freeing, but I promise you, it’s not. My entire life has been planned out for me. I never got the chance to do what I wanted until Ryat Alexander Archer came along and gave me an option for a better life. He offered me what no one else ever had—freedom.
I chose to be his. He made me believe that anyway, but it was just another lie. A way that the Lords manipulate you into doing what they want.
After being sucked into the dark, twisted world of the Lords, I embraced my new role and allowed Ryat to parade me around like the trophy I was to him. But like all things, what started out as a game soon became a fight for survival. And the only way out was death.
Things to know about The RitualIt is MFTW (Please see the author's note on the inside)J/P & OTT Hero (jealous/possessive & over the top)This is a 150K word dark romance and may contain triggers for some due to sexual situations, language, and violence. 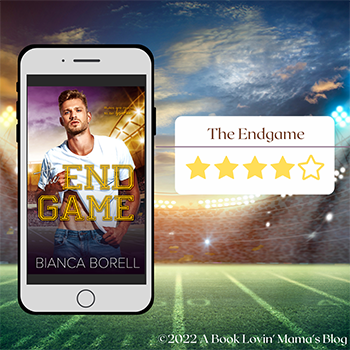 Review: ‘The Endgame’ by Bianca Borell 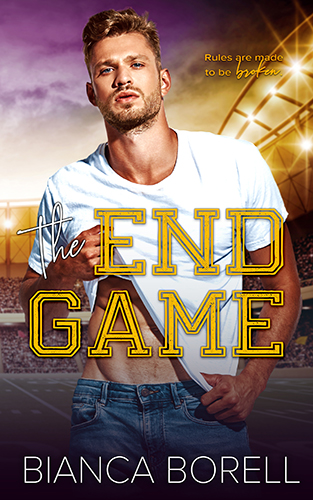 Every girl with a brother grows up with one fundamental rule: his best friend is off limits. That’s one rule she longs to break when he crashes into her life.
Amelie Weston has been taking the safe path for as long as she can remember. Not disappointing her parents by pursuing the career she wants. And not pursuing the guy she’s been crushing on.
But she’s tired of being the good girl.
Her brother’s best friend is pushing her to stop being a people pleaser and open the bakery of her dreams. Little does he know he’s also at the top of the list of her heart’s greatest desires... and he’s making himself impossible to resist.
Levi Kingston fully intends to become a legend on the field as one of the best players ever. He must stay focused and work relentlessly toward his goal. He doesn’t have time for distractions... until he meets his best friend’s sister, and his well-laid plan is challenged.
Bad timing, responsibilities, and loyalty to her brother keep them apart. But the connection between them only grows stronger. Their feelings become impossible to ignore, and the fight against them is pointless.
Will they take a chance on love? Or waste an opportunity for long-awaited happiness? 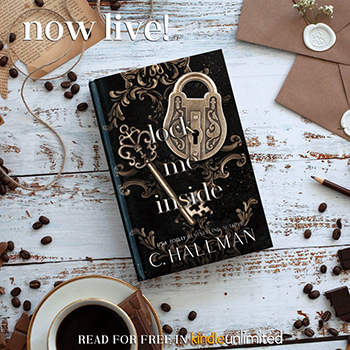 Blog Tour + #Review: ‘Lock Me Inside’ by C. Hallman

November 21, 2022
This book may be unsuitable for people under 18 years of age due to its use of sexual content, drug and alcohol use, and/or violence. 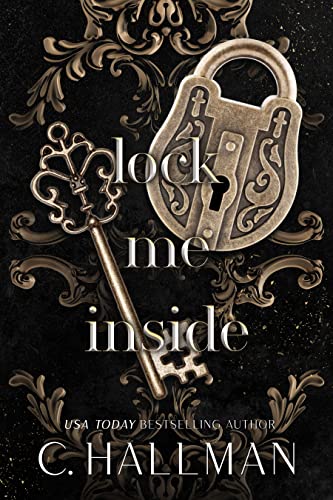 Not all is as it seems…
When my mother announces she's been dating someone, the last person I expect it to be is James Alistair––the father of two of my biggest bullies.
Nix and Colt Alistair.
I never knew why, but they always hated me. In school, they made my life hell, and apparently nothing has changed. Only this time, instead of cruel jokes, things get physical, and when our parents leave for their honeymoon, I find out how far Colt is willing to take this.
I thought the worst time of my life was over.
I was wrong. 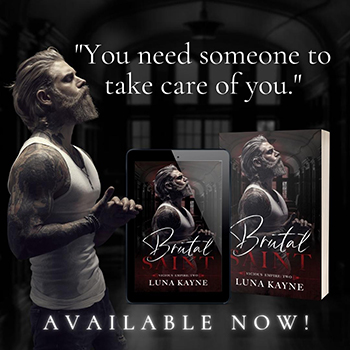 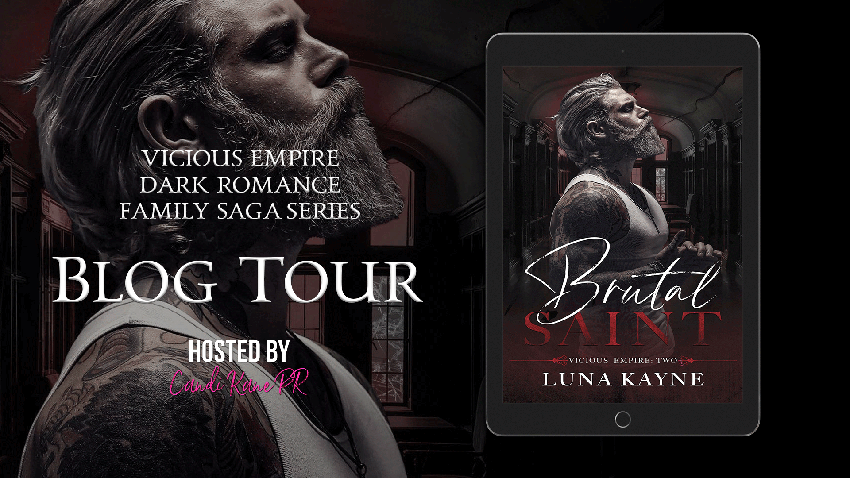 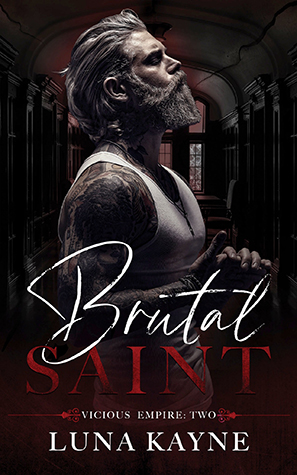 HARLOW IS HUNTING HER SISTER’S KILLER.AND COLE IS HUNTING HER.
COLE SAINTThe woman my family is looking for is the one-night stand I can’t get out of my head, and her life depends on me getting to her first.Harlow is sunshine and light.I live in the shadows, among the dark and the damned, but there’s something about Harlow that makes me want to take care of her.I can protect her from what’s coming, but first I need to find her, and I’m closing in.I learned my lesson the first time, and I won’t give her the chance to get away from me again.
HARLOW STINTONWhat are the chances that the man I shared a toe-curling, name-screaming, raging hot one-night stand with is part of the crime family that’s after me because I saw something I shouldn’t have?One hundred percent. The chances are one hundred freaking percent.At least I wasn’t stupid enough to give him my real name.Now I’m on the run with everything I own stuffed into a tattered backpack.I never thought I would see Cole again, but I was wrong, and we’re no longer strangers who shared a night.Now we’re on opposite sides of a war that threatens to tear our worlds apart.
* Brutal Saint is the second book in the Vicious Empire dark romance family saga series.
**A portion of this book was first published as a 5,000 word novelette titled, Missed Me which is no longer available. 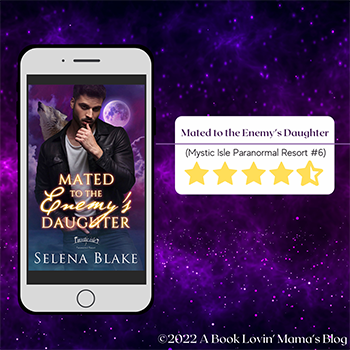 Review: ‘Mated to the Enemy’s Daughter’ by Selena Blake 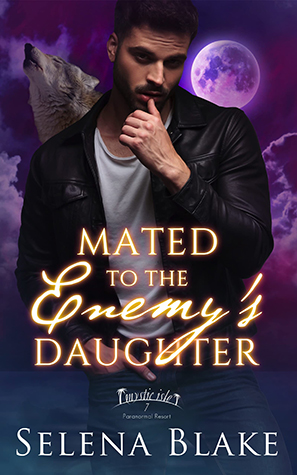 Mated to the Enemy's Daughter

When a fight between their packs sends Gabrielle Landrum to Alpha Garrett Kingsdale’s doorstep begging for a truce, she half expects to be thrown out into the snow. She is the rival’s daughter, after all.

Garrett’s instinct is to not trust a word coming from the seductive beauty. But the more he listens and watches, the more he’s drawn to her. Especially those lips. The next thing he knows, he’s kissing her and he can’t even blame mistletoe.

To keep her safe, he whisks her far away to work on a truce of their own.

Title was previously released as Fated Mate for Christmas in the Mistletoe and Mates anthology. 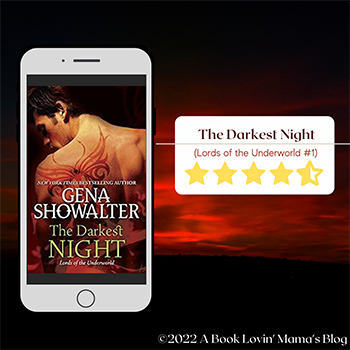 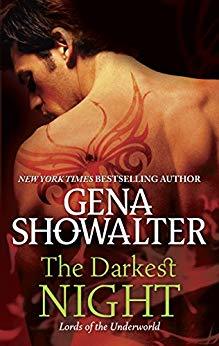 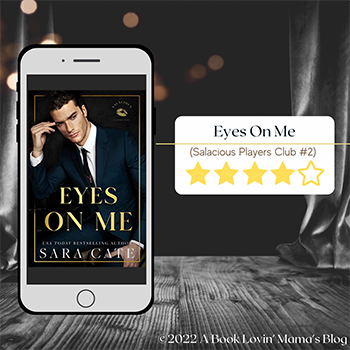 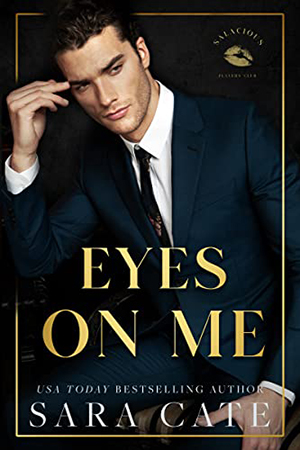