Review: ‘Loup-Garou For You’ by Katalina Leon 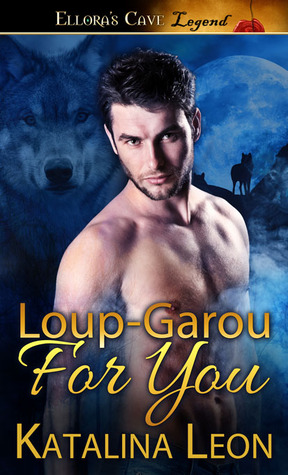 Loup-Garou for You is the first book I have read from Katalina Leon, and it definitely will not be my last. I was intrigued the moment I saw Loup-Garou for You‘s book cover and read the synopsis, but also because it is a book that is set in a historical era with PNR and erotic romance elements. I love reading a book with so many romance elements to it. Katalina Leon did a fantastic job putting together a different werewolf tale set in a historical era. How the main character Aubert is about to turn 27 years old, and he has no idea what he is about to become. His friend knows what he is about to become and it trying to warn him of it and save him from himself, but Aubert is not taking it all in.

It takes the beautiful, mysterious woman named Corrine to make him realize what he is to become and what his fate is, thanks to what has happened in the past.

Aubert is going to deal with not only with his transition but trying to survive in a world he has no idea about in the story.

Although I did find this book somewhat confusing at times since it tended to speed up a bit at certain parts, I enjoyed reading it. One of the elements that confused me was when it shifted to Aubert meeting others of his kind and one of them trying to attack him and that certain someone cut loose. Although it was steamy during the part, he got to see others.

Be prepared for so many twists and turns in this story with werewolves in the Bayou-country.

I give this book 3.5 moons and recommend it readers to enjoy romance novels that have all your favorite elements altogether.