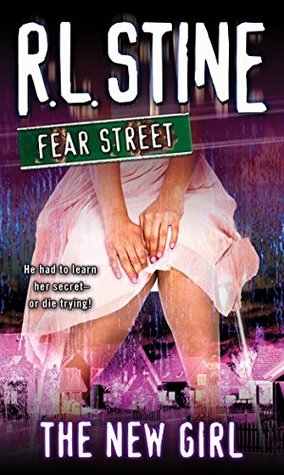 The new girl is as pale as a ghost, blond, and eerily beautiful -- and she seems to need him as much as he wants her. Cory Brooks hungers for Anna Corwin's kisses, drowns in her light blue eyes. He can't get her out of his mind. He has been losing sleep, ditching his friends...and everyone has noticed.
Then as suddenly as she came to Shadyside High, Anna disappears. To find a cure for his obsession, Cory must go to Anna's house on Fear Street -- no matter what the consequences.
Anna may be the love of his life ... but finding out her secret might mean his death.

Back in the early nineties, I became obsessed with the Fear Street series by R.L. Stine. I remember walking into my first Scholastic Book Fair all by myself and seeing R.L. Stine on the shelves. I had to buy them. I slowly but surely worked through them whenever I had a chance. My parents called me a book nerd, and they would have to take R.L. Stine’s books away from me because I took them everywhere with me. I couldn’t stop reading them.

Now, in my late thirties, I decided to reread them, especially after realizing they were finally being adapted into a three-part movie series thanks to Netflix. Yes, friggin’ finally!

The New Girl is the first book in the Fear Street series. It includes a high school boy named Cory Brooks, who falls hard for the new girl at Shadyside High. She’s beautiful, and he is determined to get to know her. Unfortunately, she keeps disappearing. When he finds out where she’s from, he goes to where she lives on Fear Street. Fear Street, though, is known to be cursed, but he doesn’t care. He’ll risk it to know her. Although, he may end up losing his life if he isn’t careful. His friends even find his weird obsession with the new girl dangerous.

I enjoyed the first book of the series since it’s only the beginning of what is to come in the series. R.L. Stine always managed to keep me guessing on what is going on and if the new girl was a ghost or not. Although, Cory Brooks drove me crazy with his obsession. He needed someone to knock some sense into him. I did like how the book ended. (not spoiling for anyone who hasn’t read this book/series yet) I love how R.L. Stine includes mystery, suspense, some horror, and paranormal elements in his book. This was why he will always be the author who obsessed with reading when I was a kid. Maybe soon, my daughters will read these books and become obsessed too.

I give this book four stars and look forward to reading the next book in the series. I recommend this book/series to YA Horror and Middle-Grade Horror readers.

Add Series to Goodreads
Check My Reviews of this Series 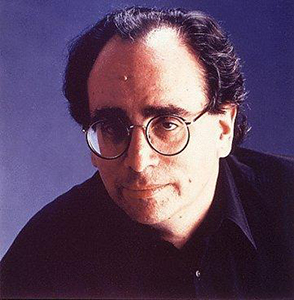 Robert Lawrence Stine known as R. L. Stine and Jovial Bob Stine, is an American novelist and writer, well known for targeting younger audiences. Stine, who is often called the Stephen King of children's literature, is the author of dozens of popular horror fiction novellas, including the books in the Goosebumps, Rotten School, Mostly Ghostly, The Nightmare Room and Fear Street series.

R. L. Stine began his writing career when he was nine years old, and today he has achieved the position of the bestselling children's author in history. In the early 1990s, Stine was catapulted to fame when he wrote the unprecedented, bestselling Goosebumps® series, which sold more than 250 million copies and became a worldwide multimedia phenomenon. His other major series, Fear Street, has over 80 million copies sold.

Stine has received numerous awards of recognition, including several Nickelodeon Kids' Choice Awards and Disney Adventures Kids' Choice Awards, and he has been selected by kids as one of their favorite authors in the NEA's Read Across America program. He lives in New York, NY.