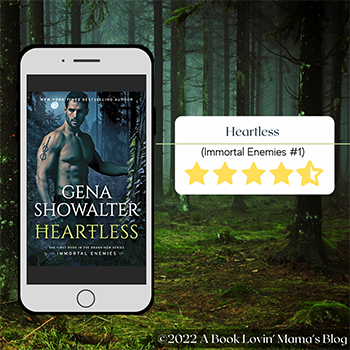 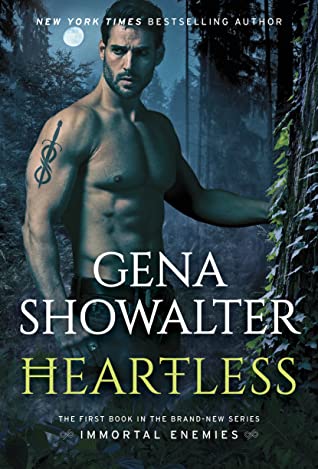 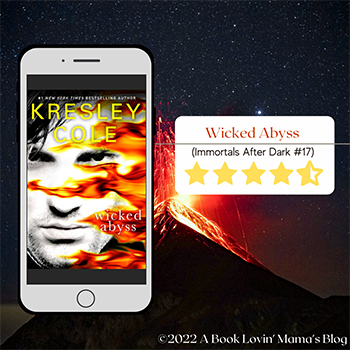 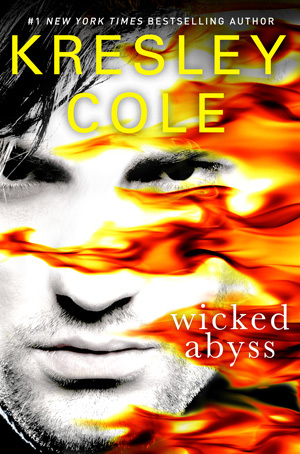 This fairy tale doesn’t end with a kiss in this spellbinding Immortals After Dark tale from #1 New York Times bestselling author Kresley Cole!
The terrifying king of hell...
As a boy, Abyssian “Sian” Infernas had his heart shattered by a treacherous fey beauty who died before he could exact vengeance. Millennia later, a curse has transformed him into a demonic monster—just as she’s been reincarnated. Sian captures the delicate but bold female, forcing her back to hell.
Meets his match.
Princess Calliope “Lila” Barbot’s people have hated and feared Abyssian and his alliance of monsters for aeons. When the beastly demon imprisons her in his mystical castle, vowing revenge for betrayals she can’t remember, Lila makes her own vow: to bring down the wicked beast for good.
Can two adversaries share one happily-ever-after?
As Calliope turns hell inside out, the all-powerful Sian finds himself defenseless against his feelings for her. In turn, Lila reluctantly responds to the beast’s cleverness and gruff vulnerability. But when truths from a far distant past are revealed, can their tenuous bond withstand ages of deceit, a curse, and a looming supernatural war? 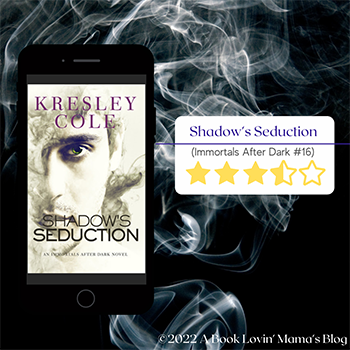 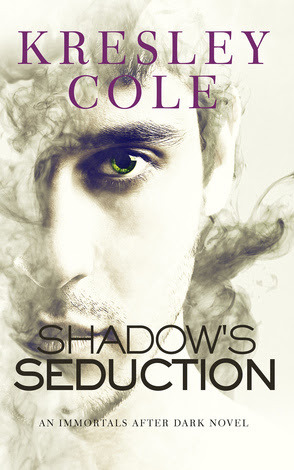 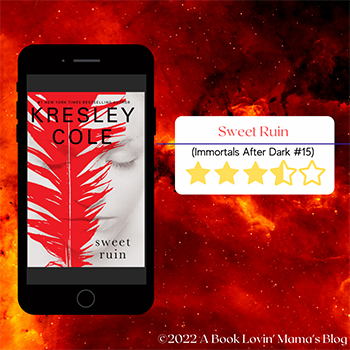 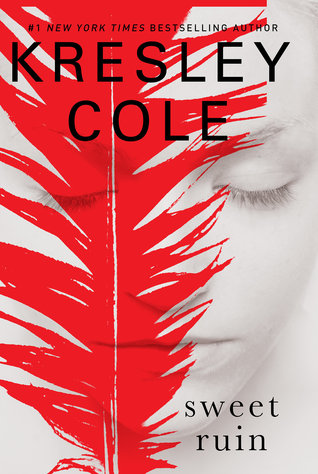 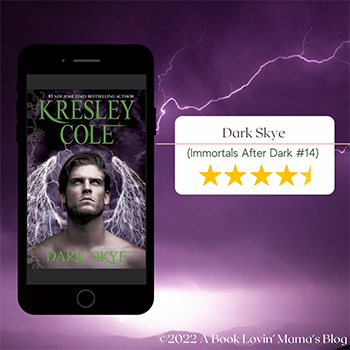 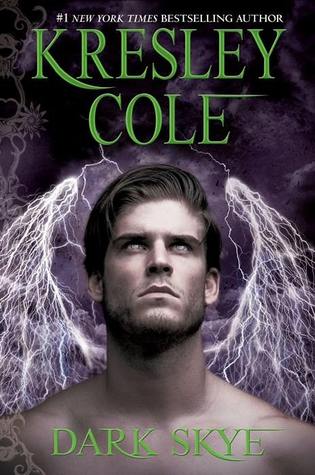 In this highly anticipated fifteenth novel in the Immortals After Dark series, #1 New York Times bestselling author Kresley Cole spins a sultry tale of a mighty warrior scarred inside and out and the beguiling sorceress with the power to heal him—or vanquish him forever.
ETERNAL OBSESSION
As a boy, Thronos, prince of Skye Hall, loved Lanthe, a mischievous Sorceri girl who made him question everything about his Vrekener clan. But when the two got caught in the middle of their families’ war, tragedy struck, leaving Thronos and Lanthe bitter enemies. Though centuries have passed, nothing can cool his seething need for the beautiful enchantress who scarred his body—and left an even deeper impression on his soul.
ENDLESS YEARNING
Lanthe, a once-formidable sorceress struggling to reclaim her gifts, searches for love and acceptance with all the wrong immortal suitors. But she’s never forgotten Thronos, the magnificent silver-eyed boy who protected her until she was ripped from the shelter of his arms. One harrowing night changed everything between them. Now he’s a notorious warlord with a blood vendetta against Lanthe, hunting her relentlessly.
CAN THE HEAT OF DESIRE BURN BRIGHTER THAN VENGEANCE?
With their families locked in conflict and battles raging all around them, will Thronos and Lanthe succumb to the brutal chaos that threatens everything they cherish? Or will the fragile bond they formed so long ago spark a passion strong enough to withstand even the darkest doubts? 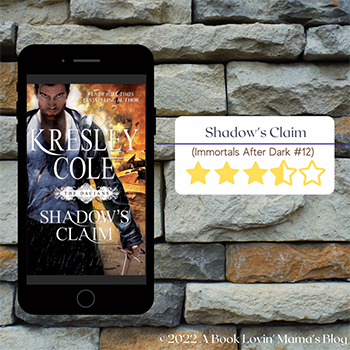 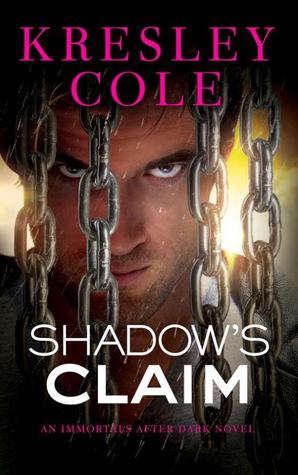 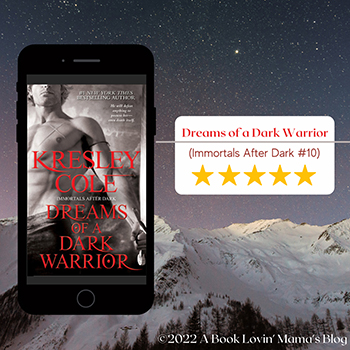 Review: ‘Dreams of a Dark Warrior’ by Kresley Cole 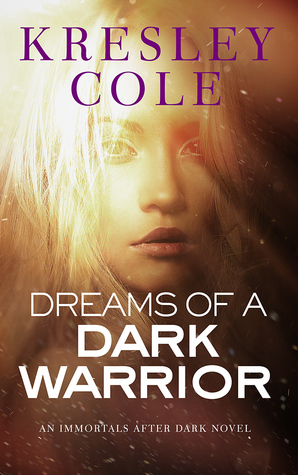 Dreams of a Dark Warrior

From #1 New York Times bestseller Kresley Cole comes this gripping tale of a battle-maddenend warrior driven by revenge and the Valkyrie temptress who haunts his dreams.
He Vowed He'd Come For Her...
Murdered before he could wed Regin the Radiant, warlord Aidan the Fierce seeks his beloved through eternity, reborn again and again into new identities, yet with no memory of his past lives.
She Awaits His Return...
When Regin encounters Declan Chase, a brutal Celtic soldier, she recognizes her proud warlord reincarnated. But Declan takes her captive, intending retribution against all immortals—unaware that he belongs to their world.
To Sate A Desire More Powerful Than Death...
Yet every reincarnation comes with a price, for Aidan is doomed to die when he remembers his past. To save herself from Declan’s torments, will Regin rekindle memories of the passion they once shared—even if it means once again losing the only man she could ever love? 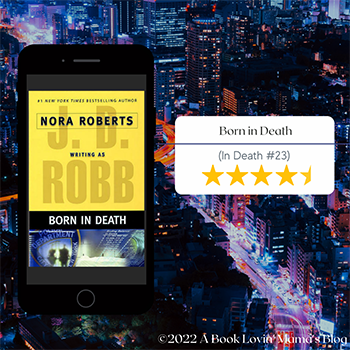 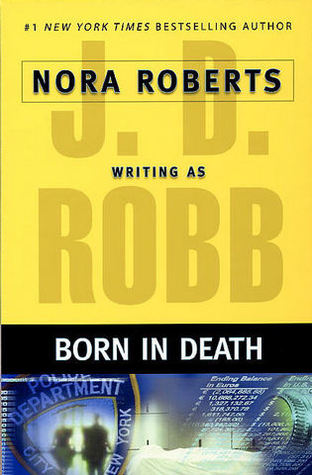 Eve Dallas has a grisly double homicide to solve when two young lovers—both employees of the same prestigious accounting firm—are brutally killed on the same night. It doesn't leave Eve a lot of leftover time to put together a baby shower for her buddy Mavis, but that's supposedly what friends are for.
Now Mavis needs another favor. Tandy Willowby, one of the moms-to-be in Mavis's birthing class, didn't show up for the shower. A recent emigrant from London, Tandy has few friends in New York, and no family—and she was really looking forward to the party. And when Eve enters Tandy's apartment and finds a gift for Mavis's shower wrapped and ready on the table—and a packed bag for the hospital still on the floor next to it—tingling runs up and down her spine.
Normally, such a case would be turned over to Missing Persons. But Mavis wants no one else on the job but Eve—and Eve can't say no. She'll have to track Tandy down while simultaneously unearthing the deals and double-crosses hidden in the files of some of the city's richest and most secretive citizens, in a race against this particularly vicious killer. Luckily, her multimillionaire husband Roarke's expertise comes in handy with the number crunching. But as he mines the crucial data that will break the case wide open, Eve faces an all too real danger in the world of flesh and blood. 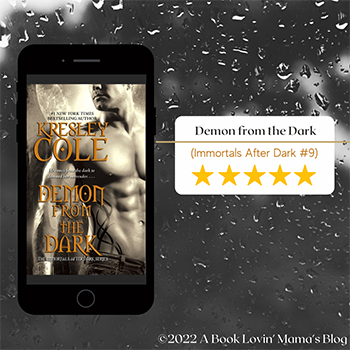 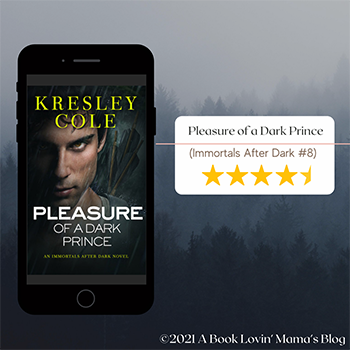 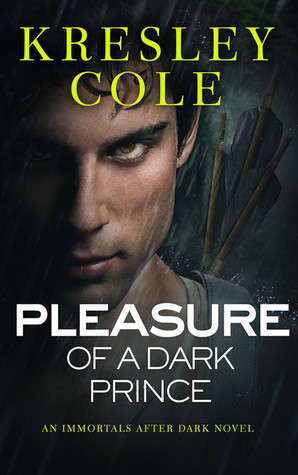