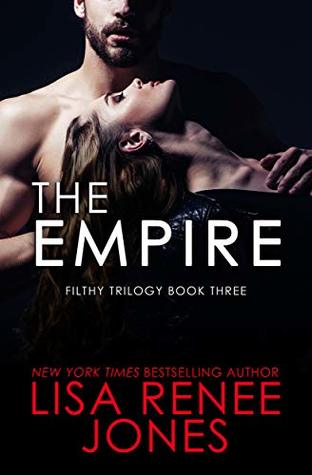 The third and final book in the Filthy Trilogy - Eric and Harper's stunning finale...

Eric and Harper will feel the push and pull of a dynasty gone wrong. Secrets remain. Danger is everywhere. And the pull of their forbidden love will not be ignored.

Can they survive their enemies and find a path to love and forever?

The Filthy Trilogy finally got its ending. If you haven’t read the trilogy, I highly recommend you do, especially if you were introduced to Eric in the Dirty Rich series. This is one trilogy that takes you through a ride of family drama.

Lisa Renee Jones wrapped up the trilogy perfectly in this book. There were twists and turns into the madness of Eric and Harper’s world. At the end of The Princess, there was a huge cliffhanger, but Lisa gives a quick overview of what happened to let the reader know where The Empire is picking up at in the beginning. Poor Eric and Harper can’t catch a break in their relationship, and both are going to be tested with their relationship in this book continuously. Readers will get a little bit more of Eric’s ‘Savant’ ways, where he digs deeper into the messages that are left for Harper to figure out about what is going on in the Kingston family. Harper is being told not to trust Eric. Harper, of course, knows that Eric is the one to believe and she will do anything to prove to Eric she trusts him more than anyone else.

Both characters are learning that the Kingston family will do anything to keep secrets buried and may even kill to keep secrets hidden. Although, Eric has Walker Security and Grayson on his side to help him reveal those secrets. There are also some others that are coming forward to disclose those secrets finally.

Although this book only received 4 stars from me, I did enjoy it. The second book will remain my favorite of the trilogy though. I loved Eric and Harper’s relationship and how they fought for each other. They didn’t let the drama get in between each other. Harper was even stronger in this book compared to the last two books. I’m going to miss Eric, but I’m glad that both Harper and Eric finally get their HEA, especially after everything they went through.

Now, I’m anxiously going to wait for Lisa Renee Jones’ next books that are coming out this year, which happen to be quite a lot. 🙂

Story Rating: 4 stars
Steaminess Rating: 4 stars
Standalone or part of series: Part of the trilogy and highly recommend reading in order.
Do I recommend this book?  Yes. I recommend reading this trilogy and also reading the Dirty Rich series.
Will I read other books from the author? Yes. She’s one of my auto-buy favorite authors.
Tropes/Elements: Second Chance at Love; Family Drama; Suspense 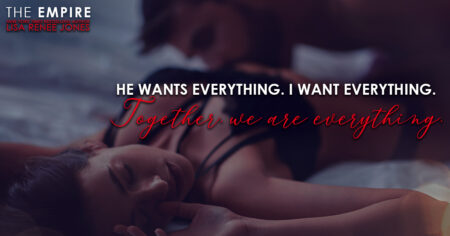