Review: ‘A Court of Mist and Fury’ by Sarah J. Maas 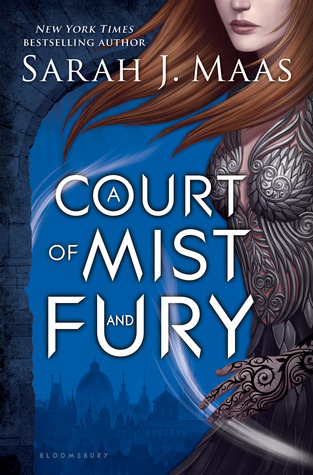 A Court of Mist and Fury

Feyre survived Amarantha's clutches to return to the Spring Court—but at a steep cost. Though she now has the powers of the High Fae, her heart remains human, and it can't forget the terrible deeds she performed to save Tamlin's people.
Nor has Feyre forgotten her bargain with Rhysand, High Lord of the feared Night Court. As Feyre navigates its dark web of politics, passion, and dazzling power, a greater evil looms—and she might be key to stopping it. But only if she can harness her harrowing gifts, heal her fractured soul, and decide how she wishes to shape her future—and the future of a world torn apart.

This is my third time reading A Court of Mist and Fury; I swear each time I read it, I love Rhysand and Feyre even more. These two will always be one of my favorite couples in a Fantasy series. Rhys was a villain in the first book, but in this one, the truth comes out on why he is that morally grey character that everyone loves to hate.

Storyline/My Thoughts: If you read the first in the ACOTAR series, you would understand why Feyre didn’t act like herself in this book. She had been through so much underneath the mountain with Amanrantha, and she did die, which didn’t help. She became something else after the High Fae helped her live. At the end of ACOTAR, she goes back to the Spring Court with Tamlin, and he has changed since watching Feyre die. He becomes way too protective and overbearing. He doesn’t allow Feyre to do anything except paint. He doesn’t care that she has nightmares, throwing up every night and withering away. It takes her calling out for help during her wedding with Tamlin for someone to save her. Rhysand has called in the bargain he did with her when she was held captive underneath the mountain. Thank goodness because I didn’t particularly appreciate how Tamlin was treating Feyre, although I was a little skeptical with Rhys at first until truths are revealed in this book.

Yes, many will say he seems to be a villain, especially after what happened in the first book, but I’ve grown to love him more after reading this one. He’s the character everyone hates (the morally grey character) because he shows a different side of himself to others, making him the villain. That is what Tamlin and Lucien have both Feyre until she discovers Rhys has a different side that is hidden from everyone else but his family and friends. He has a sweet side.

Feyre would’ve been considered an annoying character on how she turned a 360 in this book, but I adored her even more. She’s not frail anymore. She was made to be a High Fae, and all she wants is to be included and learn how to fight her own battles. She doesn’t want to be treated as a child, and she wants to understand the High Fae world because now she’s a part of it. I understood her frustration with how Tamlin treated her and felt her pain.

The second book takes the reader from the Spring Court to the Night Court, where Feyre will learn everything she can about the real Rhysand. Oh, yes, Rhysand is very dreamy in this book. He is the bad boy that can be a good boy too. There are far more adventures than Feyre will have to go on because a fiercer villain is coming to change the world as they know it. You thought the first villain was terrible; you haven’t met the King. Don’t even get me started with what Tamlin does to Feyre at the end of this book. If he were entirely erased after this book, I would be happy. I couldn’t stand him in this book.

I did love getting to know Rhys’s inner circle too. Cassian, Azriel, Mor, and Amren. Amren scares me with how she is described in this book, but I’m intrigued to learn more about her. Mor is Rhys’s cousin who has been there for him and is his third in command. Cassian and Azriel are Illyrian warriors, and both have unique qualities. Cassian and his smart mouth, especially when he tells Feyre, they won’t bite. Azriel is interesting, too, with his shadows and Truth Teller (the dagger he carries around.) He’s also Rhys’s Spymaster. I can’t wait to learn more about these characters in the third book (I’ve already read the book before, but I’m rereading it.)

I was not prepared for where this story was going, but Sarah J. Maas had me constantly turning the page to find out what happened next to the characters. The best part was the ending of the book. I won’t give it away but be prepared for some shockers—lots and lots of shockers.

(I’m going to say it, and I know other readers have noticed, but Sarah J. Maas never has the female MC stay with the first love interest. (I’m praying that’s not true with another series she’s written, but we’ll see.) It’s true in ACOAR and TOG, though, and I’m glad. Feyre was never met to be with her first love interest. She’s meant for someone who challenges her and lets her be free.)

I give this book five stars. If I could give it more stars, I would. It’s my favorite of the series (so far). Chapter 55 will forever be one of my favorite chapters in the series. If you haven’t read this series, what are you waiting for?

Standalone or Part of Series: It’s part of the ACOTAR series, and I highly recommend reading in order.

Would I recommend this book? Yes. I highly recommend this series to fans of New Adult Fantasy. If you enjoy stories with Fae characters, characters with wings that will unalive you, magic, and secrets galore, this series is for you. This book does have spice in it, especially in Chapter 55, which is why it’s categorized as New Adult and not Young Adult.