Review: ‘A Ghost of a Chance at Love’ by Terry Spear 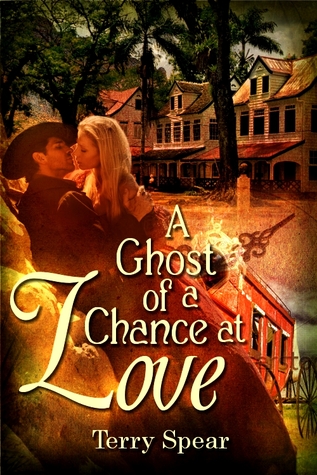 A Ghost of a Chance at Love

Lisa Welsh only wishes to leave a messy divorce behind for a couple of days stay in Salado, Texas but wakes to nightmares and a cowboy in her bed, and she has no earthly idea how he got there. But the situation gets worse when she learns she's now living in 19th Century Salado. Even more worrisome is the tall dark stranger, and everyone else in town believes she's some woman named Josephine Rogers who is supposed to be dead. Jack Stanton can't believe the clerk gave him an occupied room at the Shady Villa Inn, but worse, he was ready to ravage the woman in that bed-until he realized his mistake. Now the woman he thinks is Josephine claims to be some other woman-and though he could never abide by Josephine's fickle ways, this Lisa Welsh intrigues him like no other. Still, if she isn't Josephine, he figures he best help her find her way back to where she really belongs no matter how much he wants to keep her with him. Together, Lisa and Jack must solve the mysteries and face the troubles in their worlds or they will never be free to share the love that binds them across the ages.