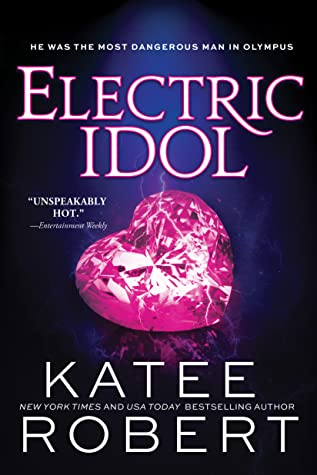 He was the most beautiful man alive.And if I wasn't careful, he was going to be my death.
*A scorchingly hot modern retelling of Psyche and Eros that's as sinful as it is sweet.*
In the ultra-modern city of Olympus, there's always a price to pay. Psyche knew she'd have to face Aphrodite's ire eventually, but she never expected her literal heart to be at stake...or for Aphrodite's gorgeous son to be the one ordered to strike the killing blow.
Eros has no problem shedding blood. But when it comes time to take out his latest target, he can't do it. Confused by his reaction to Psyche, he does the only thing he can think of to keep her safe: he marries her. Psyche vows to make Eros's life a living hell until they find a way out of this mess. But as lines blur and loyalties shift, she realizes he might take her heart after all...and she's not sure she can survive the loss.

I enjoyed the first book in Katee Robert’s Dark Olympus series, and I couldn’t wait to read Electric Idol. I was looking forward to reading the retelling of Eros and Psyche’s story.

Storyline/My Thoughts: Electric Idol was not like the first book. The male protagonist Eros is his mama’s errands boy. He does things that involve harming others, sending them away, or even killing them. His mother, Aphrodite, is one of the Thirteen, and she always gets what she wants, even if it involves murder. (No, they are not gods/goddesses in this story, but the Thirteen are ‘titles’ only, but those titles come with power.) She wants her son to kill Psyche. Psyche is one of Demeter’s daughters, and Demeter has a plan for Psyche. That plan actually interferes with Aphrodite’s plan. Eros doesn’t want to harm Psyche, so he gives Psyche a decision that will shock her and him at the same time. It will also surprise others. It may even make Aphrodite angrier. Let the drama begin. =)

What I liked about this book:

Now let’s get into what bothered me:

Overall, I give this book 3.5-stars, and I will be reading the next book in the series. I want to find out more about this world and its characters. The ending of this book has been intrigued me on what is next for these characters.

Standalone or Part of Series: It’s part of the Dark Olympus series, but each can be read as a standalone.

Trope(s): Marriage of Convenience; Forbidden Romance; I Hate Everyone But You 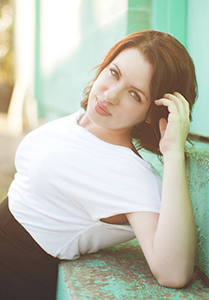 New York Times and USA TODAY bestselling author Katee Robert learned to tell her stories at her grandpa’s knee. Her 2015 title, The Marriage Contract, was a RITA finalist, and RT Book Reviews named it 'a compulsively readable book with just the right amount of suspense and tension." When not writing sexy contemporary and romantic suspense, she spends her time playing imaginary games with her children, driving her husband batty with what-if questions, and planning for the inevitable zombie apocalypse.