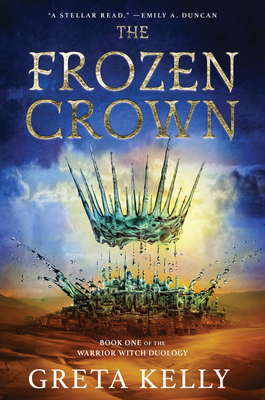 I found yet another book at my local library while browsing the shelves that I enjoyed reading. The Frozen Crown by Greta Kelly is a New Adult Fantasy/High Fantasy novel. (It may be listed as Young Adult, but I have it listed for an older audience due to some of the mature topics and scenes in the book while reading it.) The Frozen Crown is Greta Kelly’s debut Fantasy novel, and this book was hard to put down when I was reading it.

Storyline/My Thoughts: The minute I started reading The Frozen Crown, I knew I would like the female protagonist, Askia because she’s determined to win back the crown that her cousin stole from her. (Kickbutt heroines are always my favorite, especially in fantasy novels.) Askia is definitely one of those heroines, primarily when she trained with the strongest warriors in the north. Her people are being tortured and killed by her cousin and the Emperor of the Roven Empire. She’s determined to get an army to help her defeat her cousin and the Emperor of the Roven Empire. It will take her traveling to Vishir to ask the Emperor there for his army. His son, Prince Iskander, helps Askia on getting her to Vishir. It will not be easy for Askia once she gets there because there are protocols to follow, especially since she’s a young single royal woman. The Emperor’s wives are skeptical at first of Askia and, at first, shun her from being invited to the court. It takes Askia on breaking some protocols for her to be finally be invited. Once she is, she finds out the Queen is someone she can trust, especially with the secret she’s kept hidden, especially after her parents were killed.

For being a debut fantasy novel, I liked how Greta Kelly created this world and characters. It has a lot of politics to it for a fantasy world, which I usually don’t like in books. Greta Kelly had me enjoying it, though. Poor Askia ends up doing things in this book that she doesn’t want to do, but she has to be a leader to her people and prove to everyone that she is a strong leader.

One issue that bothered me was there was a slight love triangle in this book. It’s mainly two male characters that are in love with Askia. Askia has feelings for one of them, but she can never be with him since he’s not royalty. The other one she sees as a friend, and this person is not liking being put in the friend zone. The book does take a turn at the end with who Askia ends up with, which I found strange, but then I understood why she did it.

Overall, this book had a lot of twists and turns in it. I give it four stars and look forward to diving into the next book in the duology, especially since Greta Kelly left readers with a cliffhanger.

Standalone or Part of Series: It’s part of a duology, and I would recommend reading in order. 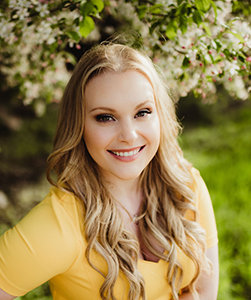 Greta K. Kelly is (probably) not a witch, death or otherwise, but she can still be summoned with offerings of too-beautiful-to-use journals and Butterfingers candy. She currently lives in Wisconsin with her husband, daughter, and a cat who may, or may not, control the weather.