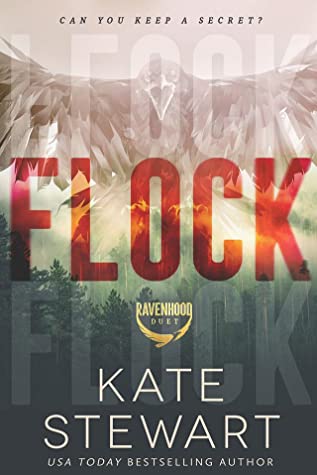 Can you keep a secret?⁣I grew up sick.⁣⁣Let me clarify.⁣⁣I grew up believing that real love stories include a martyr or demand great sacrifice to be worthy.⁣⁣Because of that, I believed it, because I made myself believe it, and I bred the most masochistic of romantic hearts, which resulted in my illness.⁣⁣When I lived this story, my own twisted fairy tale, it was unbeknownst to me at the time because I was young and naïve. I gave into temptation and fed the beating beast, which grew thirstier with every slash, every strike, every blow.⁣⁣Triple Falls wasn’t at all what it seemed, nor were the men that swept me under their wing. But in order to keep them, I had to be in on their secrets.⁣⁣Secrets that cost us everything to keep.⁣⁣That’s the novelty of fiction versus reality. You can’t re-live your own love story, because by the time you’ve realized you’re living it, it’s over. At least that was the case for me and the men I trusted my foolish heart to.⁣⁣Looking back, I’m convinced I willed my story into existence due to my illness.⁣⁣And all were punished.

I told myself I would hold off reading The Ravenhood books by Kate Stewart. I kept seeing TikTok videos and Bookstagram posts on how these books would break me. I didn’t heed the warning and decided to read them during a trip to Mississippi with my girls for a Soccer College Showcase. What was I thinking? The worst part is I’m typing up my review of Flock by Kate Stewart, and I’ve already finished Exodus, and I’m currently reading the last book, The Finish Line. Seriously, I’ve never read a book or three in this case that made me a hot mess.

Storyline/My Thoughts: I started Flock on March 18th and finished it after my oldest daughter’s soccer games on Saturday. That ending! Oh, it had me mad! If a book can make me react to it that hard, it was damn good!

The book is told from one point of view, from the main female protagonist, Cecelia Horner. She’s forced to go live with her father and work for him for a year to earn her inheritance. She doesn’t have a close relationship with him since he chose not to be in her life. She lived with her mother for eighteen years and only visited him so often until she was eleven. Cecelia decides that she will make most of her time in the small town of Triple Falls. On her first day at her father’s plant, she meets Sean Roberts. She’s immediately drawn to him, and he invites her to a party at his place with his friends. He warns her to keep a mean-mugging face because everyone will see through her innocence. She’s never really partied before. It comes to her attention that everyone at the party has the same tattoo: a raven. She tries to ask Sean about it, but he doesn’t tell her much. She makes enemies right away with the sexy Dominic King, and he forces her out of the party. That doesn’t stop Cecelia from becoming close friends with Sean. Cecelia’s stay at Triple Falls turns to finding herself and proving that she can have fun with herself and everyone. Her best friend at home even tells her to have life experiences, and Cecelia definitely does.

She finds herself drawn to Sean and the people he knows. They welcome her in, but everyone is keeping secrets from her. I felt for Cecelia because I was right there with her wondering what she was getting herself into with being with Sean and his friends. I know she wanted to find herself but feared for her heart and safety.

Her co-worker warns her one day of Sean and his friends, especially Dominic, that something is not right with them. She also mentions how Sean and Dominic have been known to share women. Cecelia doesn’t believe her first.

Cecelia feels herself falling for Sean, even though he doesn’t attempt to go past the friendzone until she decides to one hiking trip. I felt her frustration when she was with Sean and kept screaming at my kindle, hoping Sean would do something.

Here’s when Kate Stewart cranks up the steaminess in the book. Sean and Cecelia are hot together, each time they are with each other. There’s one problem, Sean’s friend, Dominic, doesn’t like her, but she’s intrigued by him.

If you are not into Reverse Harem, a particular scene may bug you. Personally, I don’t mind it since my first real reverse harem was from Laurell K. Hamilton. It had been a while since I read another book with RH in it, and Kate Stewart did a fantastic job. The steam level went from three stars to five stars real fast.

I loved how Cecelia got to spend time with not only Sean but Dominic, too. Both guys were complete opposites, but they were close friends. You could feel their connection in the book. They kept Cecelia in the dark with everything, and it did drive me crazy at first until the twists and turns started coming in the book.

My blood starts to boil towards the end and what Cecelia is put through. Oh, I have never wanted to throw my kindle so hard against a wall. I refrained from it, though, because I didn’t want to have to replace it. Kate Stewart had to do Cecelia dirty like that, and I felt for her. (Really, the characters put her through it, but Kate wrote the book.) The ending had me immediately grabbing Exodus since that cliffhanger was nerve-wracking.

After reading Flock, I may be in turmoil, but I really enjoyed this book. I fell hard for each of the characters. I’m sad that I read the book because now I won’t get to experience it again for the first time. Although, I look forward to re-reading it in the future. I give this book five stars and highly recommend it if you are ready for the ride of a lifetime. (Dominic’s car in this book is one of my dream cars. I’m jealous that Cecelia got to ride in it.)

Standalone or Part of Series: It’s part fo the Ravenhood Trilogy by Kate Steward, and I recommend reading in order.

Would I recommend this book? Yes. I highly recommend this book to readers who love Dark Romantic Suspense with Reverse Harem. Forewarning, this book will have you turning the pages until it’s late at night and you have forgotten to eat. (At least that is what it did to me.)

Kate is a lover of all things '80s and '90s, especially John Hughes films and rap. She dabbles a little in photography, can knit a simple stitch scarf for necessity, and on occasion, does very well at whiskey.