Review: ‘Rub Down’ by Suzanne Rock 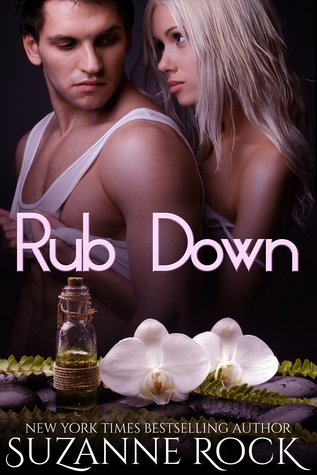 Rub Down by Suzanne Rock is a perfect quick ebook to read right before bedtime or when you are relaxing on the beach. I read Rub Down when I needed a pick me up after reading a book that did not interest me. I needed something that would get me out of my reading funk and Rub Down cured that funk.

Jake is such a sweetheart in this story, and all he wants is to be with Roxanne permanently in a relationship, but due to their jobs with Ecstasy Spa, they cannot let their current status be known. Jake and Roxanne decided they would be friends-with-benefits. Jake wants more after a while, and he is starting to get protective and jealous of Roxanne taking clients in the Ecstasy Spa. They almost get caught by the owner of Ecstasy Spa, and if they do get fully caught, they both could lose their jobs. Roxanne is determined to keep her job with Ecstasy Spa due to financial issues she has. Jake wants to help Roxanne and realize she could do something else.

Roxanne is more of a strong-willed character, who had her issues, but she did manage to realize the potential of being with Jake.

He does put Roxanne in a difficult situation, but he definitely is honest and wants her to himself entirely.

The sexual scenes between Roxanne and Jake are very steamy. Roxanne and Jake know how to please each other using the jobs they currently have with Ecstasy Spa and including more hotness involved.

I give this book 5 full moons and definitely will be diving into the rest of the books in the Ecstasy Spa…because I am one of those readers, who are begging for more. =)