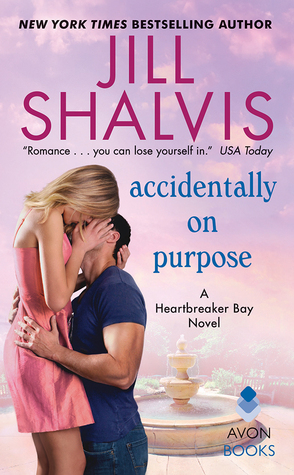 I’m finishing up 2017 with a review of Accidentally on Purpose by Jill Shalvis and I’m so glad I finished this book before 2018 began. This by far may be my favorite of the series (so far, I should say). Now I have a couple more books to read before the new book is released in January. Let’s see if any other couple can win me over like Elle and Archer did.

I was beyond excited to read Elle’s and Archer’s story. These two became a favorite of mine the minute they were introduced in the first book because they definitely had a thing going on between them and I wanted to know more about their back stories. Elle is definitely a woman who is determined to conquer the world on her own, but unfortunately she’s got Archer always there helping her. She’s determined to kick his butt if he doesn’t let her life. She’s my favorite due to how she handles Archer. She knows how to put him in his place and she also knows how to throw any other guy in a loop with her personality and looks. Every guy is scared of her because of Archer.

The heat between these two was definitely crazy. Archer and Elle in the same room together, let’s just say fireworks went off, although they always claimed nothing was going on. The minute Elle starts seeing other guys is when Archer shows his alpha side. Archer was definitely a favorite because he knew how to handle Elle. He also knew how to keep his feelings hidden from Elle, which frustrated everyone and Elle more.

The back stories between these two kept me turning the pages. I couldn’t wait, when these two finally hooked up. LOVE! Believe me this book had a lot of drama (some of it family drama), tension, and humor.

I give this book 5 stars and highly recommend it to Contemporary Romance readers out there. Now I need to start reading the next book in this series. I love this series by Jill Shalvis. 🙂 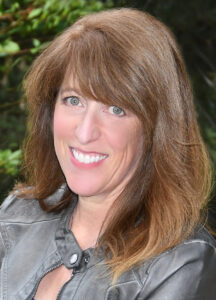 Multiple New York Times and USA Today bestselling author Jill Shalvis lives in a small town in the Sierras full of quirky characters. Any resemblance to the quirky characters in her books is … mostly coincidental. Look for Jill’s bestselling, award-winning heartwarming and full of humor novels wherever books are sold and visit her website for a complete book list and daily blog detailing her city-girl-living-in-the-mountains adventures. Her most recent book, Almost Just Friends, was just published last month and her next book, The Summer Deal, comes out in June.