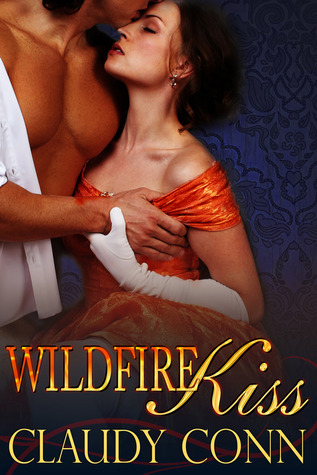 Lady Babs had already done one unforgivable thing: she had written a novel. It was under a pseudonym, of course, but the story she’d thought would sell only a few copies to help stave off her father’s creditors was becoming a sensation. Passion’s Seed had the beau monde in a panic, because it was all about ‘them’! If it were ever revealed that she, one of the aristocracy’s own, was the author, she would be ruined.
Now she was contemplating doing something equally scandalous. The ‘rules’ dictated that, as a woman, she had to wait until marriage to enjoy pleasures men were allowed when single. Lady Babs, however, had other ideas, for she had fallen in love with the man known as Lord Wildfire, a dashing duke with a penchant for the ladies but not for marriage.
But while she yearned for Lord Wildfire, another man lusted after her. And Sir Edward was willing to go to any lengths to make her his—including following his hunch that Lady Babs was somehow involved in the publication of Passion’s Seed …
**Note: This is an updated version of an earlier title written as Claudette Williams. The updated versions of Claudy's Claudette Williams titles are more sexually explicit.