Review: ‘Kiss of the Irish’ by Lauren Hawkeye

Kiss of the Irish

If Sarah Mercer had ever been asked to describe herself in one word, it would be sensible. After all, she had a steady job. Made prudent decisions. Was in what she though was a logical relationship. But when her fiance dumps her for an exotic dancer, Sarah decides it’s time to change…everything! The first thing on her agenda? To get out of town and take a three month trip to Ireland. She’d always been captivated by the Emerald Isle. And she’d heard that there was nothing like an Irishman with a sexy accent and eyes as devastatingly green as the country’s rolling hills to make a girl feel better.   But maybe she shouldn’t have hooked up with her new landlord on the first night in town. Cian Murphy wasn’t supposed to be her type. His arms and chest were tattooed, and he had piercings everywhere. Still, he made her feel beautiful, sexy…alive for the first time in years. Falling for the Irish hottie was as natural as breathing. But figuring out what she’d do when it came time to leave? Not so easy...

I’ve had Kiss of the Irish by Lauren Hawkeye on my TBR since 2017. It was time to read and review it. I’m trying to go through all the books I have on my NetGalley list and reviewing them. I have quite a few, and this book by Lauren Hawkeye is something I need to read to help me get out of my reading slump. I needed some romance and a HEA.

Female Protagonist: Sarah Mercer is an aspiring artist. She’s innocent and sweet and does not expect a sexy Irish man to want to be with her. She’s attracted to Cian, though, who is her landlord in Ireland.

Male Protagonist: Cian Murphy is a bar owner in Ireland who rents out a room to an American woman. He’s a tattooed and pierced, sexy Irish man who is a reformed promiscuous man. He’s a changed man, though, and proves it in this story.

Storyline: Sarah ends up taking a three month trip to Ireland to get away from her life in Boston. Her heart has been broken by a jerk that left her for someone else. She wants to start painting again and living her life without any distractions. She gets a much-needed distraction with Cian Murphy, who happens to be her landlord in Ireland. The instant attraction to them is scorching. However, Sarah is hesitant at first to hook up with Cian. I don’t know she could resist him, mostly since he’s tattooed, pierced, and determined. I loved these two together, but there were times I wanted to smack Sarah on how she reacted to certain situations with Cian. Towards the end, Cian does something for Sarah, but she responds so poorly toward it. It drove me crazy. There was the minor drama that happens at the end, too, with her ex-fiance. I loved the secondary characters in the story because they helped Sarah along the way with her new life in Ireland.

Steaminess: Steamy. Anytime Cian and Sarah hooked up was hot and heavy between the two. They were complete opposites of each other, but perfect in every way.

Standalone or Series: It’s part of a series, but I believe each could be read as a standalone.

Would I recommend this book? I would recommend this book to Contemporary Romance readers who adore books that have characters that are complete opposites of each other and end up together. Though this book only received three stars from me, I did still like it. I didn’t love it, though. There was also the issue that the male character had something pierced in this book, but there was no reaction to it from the heroine. It was mentioned, but nothing else. It drove me crazy on the ‘no’ response from the heroine. You best believe I would react. 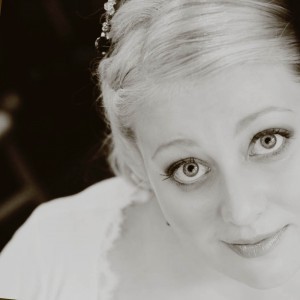 Lauren Hawkeye/ Lauren Jameson never imagined that she'd wind up telling stories for a living... though when she looks back, it's easy to see that she's the only one who is surprised. Always "the kid who read all the time", Lauren made up stories about her favorite characters once she'd finished a book... and once spent an entire year narrating her own life internally. No, really. But where she was just plain odd before publication, now she can at least claim to have an artistic temperament.

Lauren lives in the Rocky Mountains of Alberta, Canada with her husband, toddler, pit bull and idiot cat, though they do not live in an igloo, nor do they drive a dogsled. In her nonexistent spare time Lauren can be found knitting (her husband claims that her snobby yarn collection is exorbitant), reading anything she can get her hands on, or sweating her way through spin class. She loves to hear from her readers!