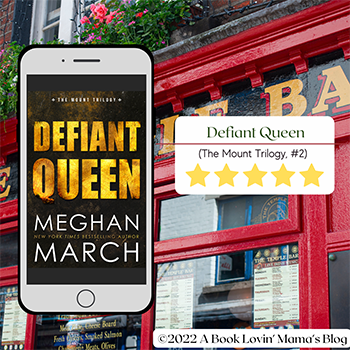 September 16, 2022
This book may be unsuitable for people under 18 years of age due to its use of sexual content, drug and alcohol use, and/or violence. 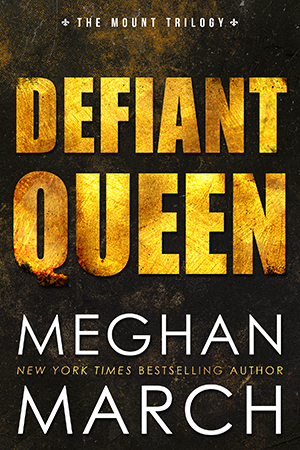 The Mount Trilogy continues with Defiant Queen...
I’m his entertainment. His toy. Payment on a debt. I tell myself I hate him, but every time he walks into the room, my body betrays me. How can I want him and fear him in the same moment? They told me he’d mess with my head. Make it go to war with my body. But I didn’t realize it would be complete anarchy. I should’ve known better. When Mount’s involved, there are no rules. I will not surrender. I will not show weakness. I’ll stand my ground and make it out of this bargain with my heart and soul intact. But he has other plans . . .
Defiant Queen is the second book of the Mount Trilogy. Mount and Keira's story concludes in Sinful Empire. 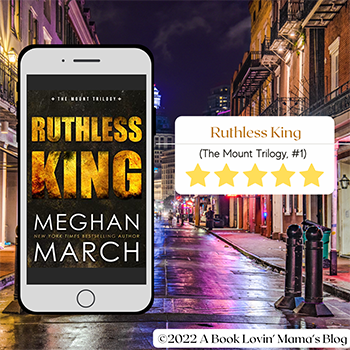 August 29, 2022
This book may be unsuitable for people under 18 years of age due to its use of sexual content, drug and alcohol use, and/or violence. 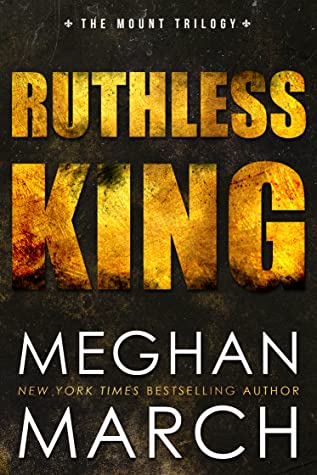 Get ready for the darker and dirtier side of New Orleans with a brand new alpha romance from USA Today bestselling author Meghan March.
New Orleans belongs to me. You don’t know my name, but I control everything you see—and all the things you don’t. My reach knows no bounds, and my demands are always met. I didn’t need to loan money to a failing family distillery, but it amuses me to have them in my debt. To have her in my debt. She doesn’t know she caught my attention. She should’ve been more careful. I’m going to own her. Consume her. Maybe even keep her. It’s time to collect what I’m owed. Keira Kilgore, you’re now the property of Lachlan Mount.
*Ruthless King is book one of the Mount Trilogy* 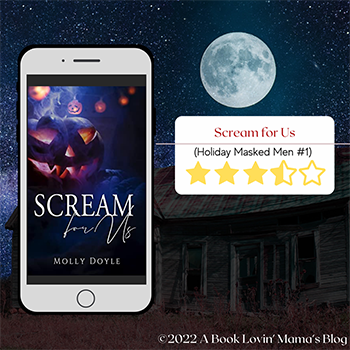 Review: ‘Scream for Us’ by Molly Doyle

April 22, 2022
This book may be unsuitable for people under 18 years of age due to its use of sexual content, drug and alcohol use, and/or violence. 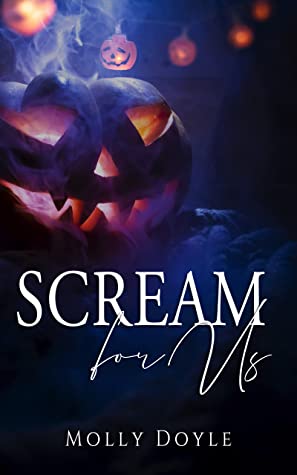 After wandering into an alluring Halloween party that is said to go down in history, Quinn finds herself captivated by three masked men. As she immerses herself in a night of both pleasure and pain, she finally has the opportunity to bring her darkest fantasies to life.Or death.
This is a Dark Romance/Suspense, Reverse Harem Novella. Scream For Us contains mature and graphic content that is not suitable for all audiences. Trigger warnings include: graphic sexually explicit scenes, physical assault, attempted sexual assault, mentions of self harm/bullying, blood/gore, mask kink, breath play/choking, knife play, fire play, praise/degradation kink, and murder. 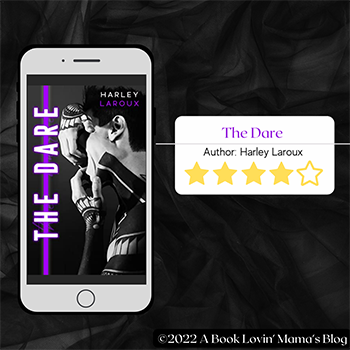 Review: ‘The Dare’ by Harley Laroux

April 12, 2022
This book may be unsuitable for people under 18 years of age due to its use of sexual content, drug and alcohol use, and/or violence. 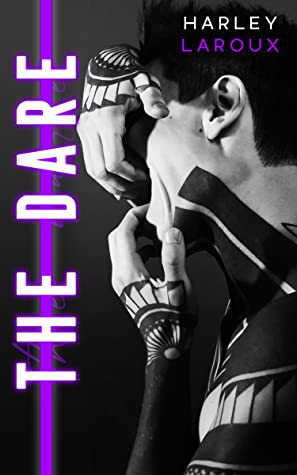 Jessica Martin is not a nice girl. As Prom Queen and Captain of the cheer squad, she'd ruled her school mercilessly, looking down her nose at everyone she deemed unworthy. The most unworthy of them all? The "freak," Manson Reed: her favorite victim.
But a lot changes after high school.
A freak like him never should have ended up at the same Halloween party as her. He never should have been able to beat her at a game of Drink or Dare. He never should have been able to humiliate her in front of everyone. Losing the game means taking the dare: a dare to serve Manson for the entire night as his slave. It's a dare that Jessica's pride - and curiosity - won't allow her to refuse. What ensues is a dark game of pleasure and pain, fear and desire.
Is it only a game?
Only revenge?
Only a dare?
Or is it something more?
The activities depicted in this book are not meant to be realistic depictions of BDSM or safe kink play, this is strictly a work of fiction.
These are the kinks within: erotic humiliation, fearplay, painplay, knifeplay, consensual non-consent (CNC), boot worship, spanking/impact play, clowns/clown costumes, spit, bondage, public play, group sex.